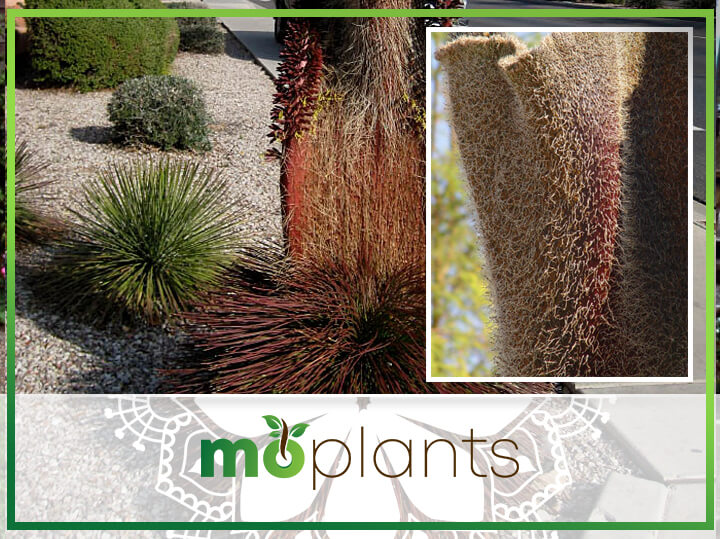 It’s unknown why a ordinary agave plant in the California desert grew into the world’s largest monster, naturally!  The phenomenon known as “cresting” or monstrose growth is a genetic anomaly of succulents that mystifies scientists.  This, my friends, is the kind of thing that keeps me forever fascinated with horticulture.

An ordinary Agave geminiflora blooms with a tall narrow purple spike from its rosette of needle sharp bayonet-like leaves.  But something happened to a single individual that turned the slender stalk into a monstrous growth.  No one knows what initiates the change but it is known that the effect is genetic, because cuttings taken from monstrose cacti will retain the monstrose quality in the newly rooted plant.  But then again we have seen monstrose growth come and go without cause as well.

The phenomenon turns a single growth point into many, allowing growth to occur in multiple directions simultaneously.  This results in forms that bear no resemblance to its plant of origin.

Mo’s once-in-a-lifetime experience, to see and touch such an extraordinarily monstrose plant.

This monstrose agave shows a stem that produced so many contiguous or fused growth points deep inside  that it nearly broke it apart to emerge from the center.  The growth points fanned out into an incredibly thick trunk.  This never before seen twisted, fanned out stalk will bear few if any flowers.

This up-close view of the flesh of the stalk and its widening at the top shows how the multiple growth points are flattening out into a thinner crest.  The hair like structures would have been flowers on a normal plant.  The collecting of crested and monstrose cacti is big business in the succulent world.